Check our our own Paul Rooney sharing the benefits of Aloe Care on the Matt Feret show! Watch the full episode at this link, or read highlights below https://bit.ly/MattFeretACH

“One of our customers bought (Aloe Care) for his mom. His mom had been dealing with some health issues over the previous couple of months and had been to a doctor a few times. Just wasn't feeling right, tired, just not herself. Long story short, the son bought our unit, plugged it in, and the air quality indicator went off right away. And the gas fireplace, we came to find out, was admitting three, four, five times the amount of gas it should. Nobody had any idea. That's why mom wasn't feeling good. We picked it up, and of course he was able to get in touch with the gas company right away and get that fixed. So those are the sort of stories that we hear that really keep us going, right, and are so rewarding when you think about just trying to help people.”

Paul Rooney is the Executive Vice President of Business Development at Aloe Care, a technology company that’s transforming the future of in-home elder care. Aloe Care’s Smart Hub with voice-activated offers access to 24/7 professional emergency response and built-in motion, temperature, and air quality sensors and a wearable Care Button to get help both inside and outside the home. Just plug it in, and it starts working, while their family app keeps remote caregivers connected.

This episode will give you an insider’s view into Aloe Care’s patented self-described “World’s Most Advanced Medical Alert System” and how it can help caregivers and other family members keep loved ones healthy and safe. Enjoy!

“The motion activity, and that's not about what my mom's doing, it's just how she's doing. She's up and about doing her daily routines. I know that if there was an anomaly, the data's going to catch that, the machine learning, and it can alert me, "Mom's not moving around the house like she normally does on a Monday. Mom spent a lot more time in the bedroom this week than typical." And that's all about…using data to proactively identify potential health status, health issues before they turn into something more serious.”

“We've tried to minimize, really, and stay away from wearables, because again, people just don't want to wear these things for the most part. So, we have a couple of devices that are placed strategically in the home that capture that motion and environmental data. So, no need to wear anything.”

“We don't have cameras. They said, "We don't want cameras in the home." So that's kind of where a line was drawn. So no cameras, but I think what is interesting as more of the care evolves and the home becomes a center of care and more care is done virtually, I think we'll see gradually, maybe, progression in that, and the use of cameras, perhaps, at least for that virtual care so the physician and clinician can actually see somebody. But for now, there's definitely a hesitancy around cameras in the home, which I totally get.”

“One of our original prototypes had the typical big, red help emergency button on it. We took that out (to test) and people were like, "Really? It has to be red and this big, embarrassing button? I mean, come on." So we said, "You know what? You're right. It doesn't have to look like that. Let's make it look kind of cool, so you can set it on the coffee table and it's almost like this conversation piece." Again, don't make me feel old. So we took a very different design approach.”

Thank you! Your submission has been received!
Oops! Something went wrong while submitting the form. 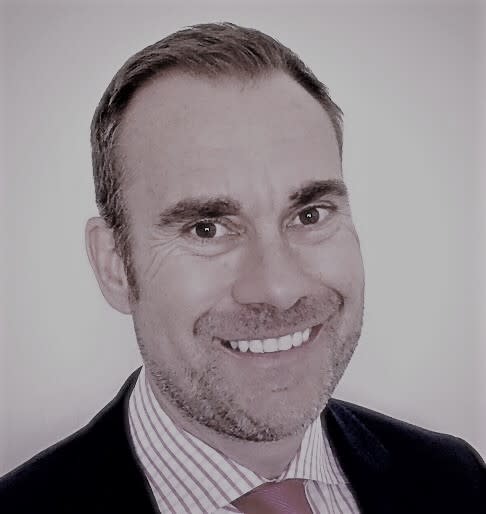 Safety home services provider TruBlue Total House Care® will now make Aloe Care available directly to their customers. TruBlue brings a powerful lineup of home services to older adults, and we're so pleased to have our safety and communication solutions among them! Our shared mission of empowering older adults to safely age in place made this a natural partnership.
Aloe News

Aloe Care co-Founder and CTO Lasse Hamre has been named a Top CTO in the U.S.

Aloe Care co-Founder and CTO Lasse Hamre has been named a Top CTO in the U.S. CTO News tracks more than one million startups and more than five million key players at these respective companies. Those included on the list of top CTOs are recognized for their innovation, role in the growth of their business, management, and societal impact.
Aloe News

Aloe Care CEO is the Featured Interview on iHeartRadio's "CEO Unplugged." Learn a bit about the founding of the company and why we believe so passionately in serving this large and often neglected community.

The Ultimate Digital Assistant for Elder Care
Learn more about us